What is a Dog Breeder? 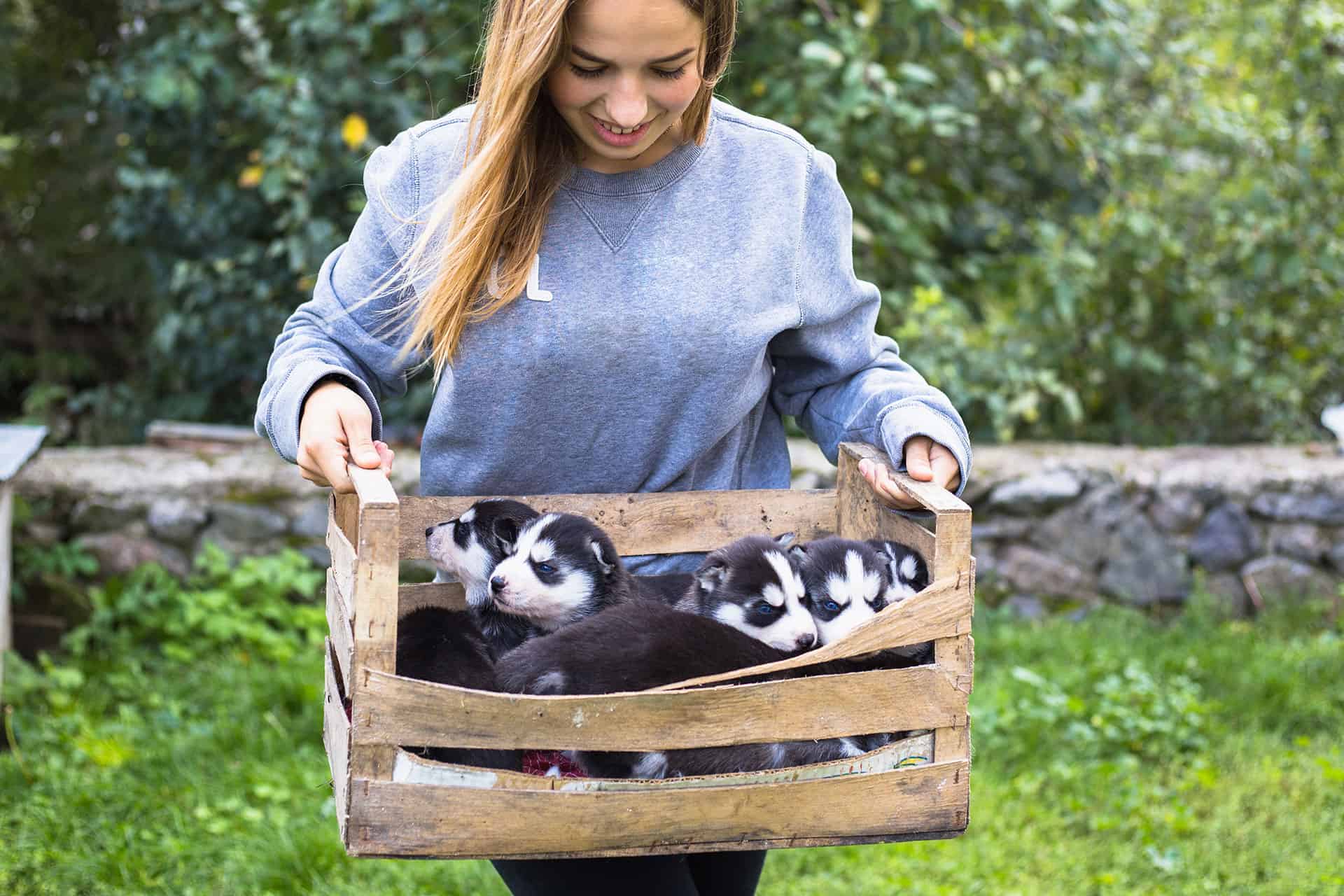 While there might appear to be a simple answer, the question “What is a dog breeder?” is actually fairly complicated. It goes well beyond simply caring for an expectant mother and her puppies. In this article we’ll look at just what a dog breeder does.

What does a breeder do?

A dog breeder is someone who selectively breeds dogs for their desired characteristics. Rather than typical natural selection, this means bred dogs are artificially selected. Realistically this process has existed for thousands of years, but obviously modern dog breeding is more scientific.

Along with confirming that the male and female are both healthy, there are several other things a dog breeder must test:

A breeder must also care for the puppies before they go to their new home. This obviously means feeding and cleaning them, but also taking care of shots and vaccinations. Breeders must also monitor their puppies for any potential health conditions.

Along with costs, a breeder must also keep good records of the puppies’ genetic history, any vet visits, and their early development. Kennel clubs use this information to monitor purebred dogs.

A good breeder will keep their dogs in a clean and spacious environment, with a whelping box provided for the birthing. It’s very important to keep the area clean to minimize the risk of illness and disease in the dogs.

Many breeders work at home to keep a better eye on the dogs. Wherever the dogs are kept, they should be well fed, exercised and socialized to ensure the highest chances of success with the litter.

What does a breeder need to know?

Dog breeding is an information-heavy job, as breeders must know all the specifics about the dogs they’re caring for. Here’s just a taste of the information a breeder must know to be successful.

Breeders also need to know about a dog’s breeding cycle so they know the best time to breed them. Dogs enter into puberty between 6 and 24 months, after which the male is ready to breed. The female must begin her estrous cycle before being bred, although some breeders let them have their first one and then breed them on the second.

The estrous cycle is more commonly known as the dog being in heat, and is broken down into 4 stages:

Knowing the specifics of a female dog’s cycle allows breeders to know when is the best time to induce breeding. Letting a female go through her first cycle without pregnancy will help you to recognize the signs for next time.

Female dogs are pregnant for 63 days. However, it’s difficult to confirm this to the day because, much like in humans, there can be factors that make it seem longer or shorter. However, a rough idea of 2 months is enough for a breeder to prepare for the litter.

A normal litter will be around 5 or 6 puppies, although this varies between breeds. This is also affected by breed size, as smaller dogs will generally have smaller litters.

Becoming a dog breeder means learning a lot of information and having the time and energy to commit to the right level of care. Hopefully this article has given you enough information to work out whether this is the right job for you.

The Webodgg Guide is a monthly newsletter of tips, tricks, and promos that dog business owners can use to improve and grow their brands.

Ready to grow?
Sign up to one of our monthly plans and one of our team members will get you started.
Get started now